Mermaid Cast For ‘Pirates of the Caribbean: On Stranger Tides’

The announcement of the casting came yesterday from the film’s producer and director, Jerry Bruckheimer and director Rob Marshall. 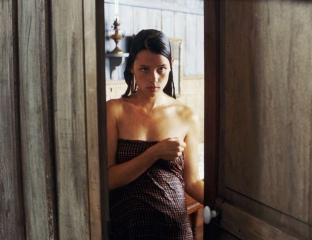 THR is reporting that Disney has caught themselves a mermaid for the next chapter in the Pirates of the Caribbean Saga. The fishy friend in question is none other than French actress, Astrid Bergès-Frisbey (La Fille du Puisatier, Bruc, Extase, La Premiere Etoile and Un Barrage Contre le Pacifique)

The announcement of the casting came yesterday from the film’s producer and director, Jerry Bruckheimer and director Rob Marshall.

Even though this is her first English speaking role, the fact that Johnny Depp spends much of the year in France should make it much easier for her.

There’s been question as to how big of a role Syrena the Mermaid will have. Well it’s big enough for Disney to issue a press release announcing her involvement which isn’t the norm for supporting roles.

The film will begin shooting in June and is set for a May 20, 2011 release. Astrid will join Johnny Depp, (Captain Jack Sparrow), Ian McShane (Edward Teach), and Penelope Cruz (Blackbeard’s daughter).