No one has seen more wretched hives of scum and villainy like no other as the host of Viceland’s ‘Black Market’, Michael K. Williams.

I’m not sure if there’s a better guy to throw into Han Solo’s world than a character who is being played by someone who not only comes from The Wire, but who also has seen wretched hives of scum and villainy like no other as the host of Viceland’s Black Market. The big question that remains is who he’ll be playing. As of right now, there’s no official word, but Variety has been hearing rumors for the last few days that he’ll be the film’s antagonist. As to whether that’s true, or if it means he’ll be Empire, Smuggler, Warlord, or something completely different, is up in the air. Here’s the official press release: 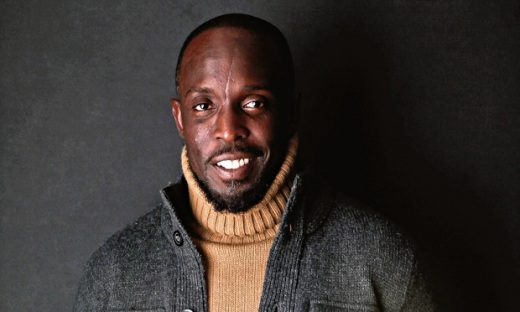 Michael Kenneth Williams is going from his hometown of Brooklyn, New York, to a galaxy far, far away.

StarWars.com is thrilled to announce that Williams has officially signed on for the upcoming untitled Han Solo Star Wars movie. Williams comes to Star Wars having played many memorable roles in both TV and film, including Omar Little in The Wire and Albert “Chalky” White in Boardwalk Empire, bringing charisma, humanity, and nobility to all his performances.

The movie will be produced by Kathleen Kennedy, Allison Shearmur, Simon Emanuel, and co-produced by Kiri Hart, Susan Towner, and Will Allegra. Lawrence Kasdan and Jason McGatlin will executive produce.

The untitled Han Solo movie, set prior to the events of the original Star Wars trilogy, is slated for release on May 25, 2018.