Early rumors indicate that WB and DC are eying South African model Tanit Phoenix for the role of Wonder Woman in the the upcoming Wonder Woman TV series. 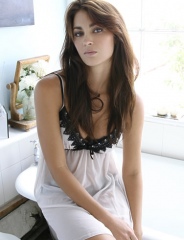 Last month Warner Bros. Television and DC announced that Wonder Woman would once again be getting her own TV series. The new series, would be developed by David E. Kelley, the man who transformed “Ally McBeal” into a household name. Today, we have some buzz over which lucky actress will take on the new mantle of the Amazonian Princess.

According to early rumors from WhatsPlaying, it appears as if WB and DC are eying South African model Tanit Phoenix. Phoenix, does have some acting experience having appears in the direct to DVD film “Lost Boys: the Thirst” and was recently cast as a lead in HBO’s upcoming show “Femme Fatales.”

My contact passes on a rumor that the actress has actually already spoken to key members of the production team and expressed interest… and they’re (that includes some suits at Warner Bros, whom she did The Thirst with) apparently big fans, so her name will undoubtedly be amongst the four or five young actresses that are ultimately shortlisted for the role of the Amazonian princess. “She will definitely get to screen test”, says an insider.

Having no idea who Phoenix is, I looked her up and am completely blown away by the resemblance. She definately has the look and while I can’t comment on her acting, for now I think Phoenix is an excellent choice. I’m sure if you look at the small gallery below you’d agree.