Two more character shots have popped up online for Tim Burton’s “Alice In Wonderland” – this time of Alice herself and Tweedledum and Tweedledee. 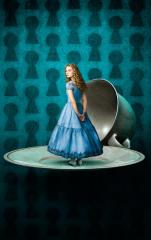 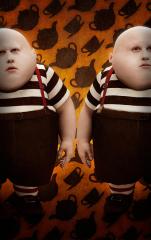 The Tweedles will be played by Matt Lucas while Mia Wasikowska will don the lead role of Alice. Unlike the original Lewis Carroll tale, Burton’s Alice is seventeen-years-old and is returns to Wonderland with no recollection of her first visit when she was seven.

Burton’s “Alice In Wonderland” won’t be expected until next year, March 12 2010.