Move Over Fredd vs Jason, Here Comes Ring Vs. The Grudge

Get ready for more head tilts, slow walking, and guttural clicking than you ever thought could be contained in one film!

The ring and The Grudge are probably two of the biggest mainstream horror imports from Japan to the US. They are also two of the biggest horror brands in their native country of Japan. So, it was really only a matter of time before Japanese studio Kadokawa figured out a way to put them together.

Amazingly, the real inspiration for the movie, due out this June, is a fan video that went viral on YouTube.

The trailer sets itself up to be a pretty interesting showdown. When the kid crushes the Ring girl’s VHS tape, you know it’s on! We can only assume that in the third act, they’ll team up with Godzilla to take on an even greater villain. This will force them to set their differences aside and start a Japanese Horror League. FYI.. I would totally watch a Japanese Horror League film.

Get ready for more head tilts, slow walking, and guttural clicking than you ever thought could be contained in one film! 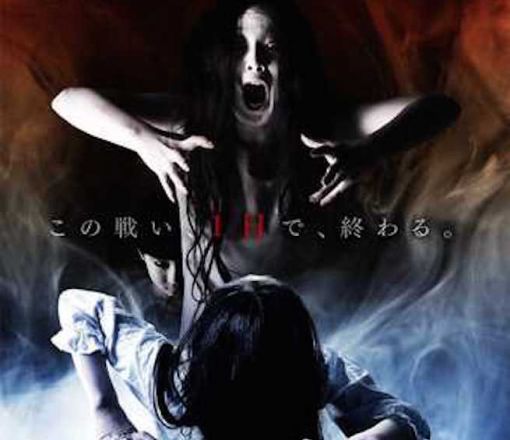