The scariest news of all is that it looks like Billy bob Thornton is campaigning for the role of Freddy. 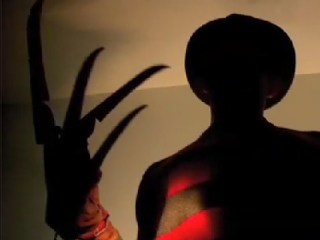 CHUD and Shocktillyoudrop are both reporting that Platinum Dunes, the folks behind the new Friday the 13th reboot are gearing up to tackle Freddy Krueger with a new Nightmare on Elmstreet reboot.

Andrew Form and Brad Fuller are the brains behind Platinum Dunes.

“It’s not Freddy cracking jokes,” Fuller told Shock. “We want to make a horrifying movie. The concept is so scary, don’t fall asleep or you’ll die. This guy gets you when you’re most vulnerable, in your sleep. We love that. That’s the basis of the movie. It’ll be most similar to the first one but in terms of kills and dreams we’ll borrow from the entire series.”

The goal is to start shooting next spring so you can expect Comic Con to serve as the major launching point for the media campaign.

The scariest news of all is that it looks like Billy bob Thornton is campaigning for the role of Freddy.