Netflix Punisher Is Filming. That Means A Bearded Bernthal

As soon as we knew the Punisher would be appearing in season 2 of Daredevil, and that he would be played by The Walking Dead’s Jon Bernthal, the writing was pretty much on the wall that he’d be getting his own show. Well, today the show started filming, and we are getting our first peek at Bernthal on set in a leaked image from Just Jared. The gossip site and frequent leaker of major box office film set images tweeted out this image of a hooded Frank Castle, sporting a very woolly beard.

There’s still no word on just when we can expect to see The Punisher back on the streaming service. There are, however, some rumors I hope turn out to be false about him making an appearance on this season of Marvel’s Agents of SHIELD. 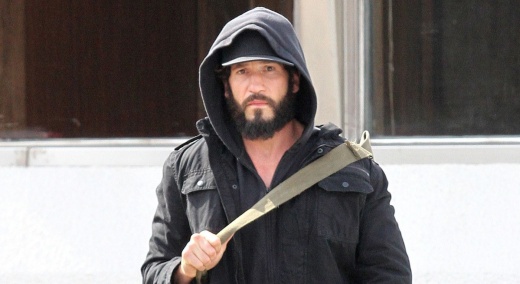