Check out some behind the scenes footage of the motion capture work they are doing to make the new Captain Harlock film.

A new featurette is out for the upcoming Space Captain Harlock movie. The video shows a lot of behind the scenes work on the motion capture that they used to create the realistic animation.

Official Synopsis:
Popular comic Matsumoto Reiji called Along with “Galaxy Express 999” series “Space Pirate Kyapute and animated in about 30 years, the emissions Harlock “. Rebelled against the Earth Federation Government as Space Pirate I mirrored while entwined (Taiji) confrontation with the man who received the instruction of his assassination, the activity of Harlock that flutter go out. Turn on the production costs of the huge, “Lorelei”, “Mobile Suit Gundam UC (boiled screenplay bestselling author Fukui Harutoshi also known in the original Nikon) “and,” Ekusuma the director hired Aramaki Shinji, such as Kina “. In addition to the story to go the royal road of the hero Tan, spectacular visual sight to behold as well. 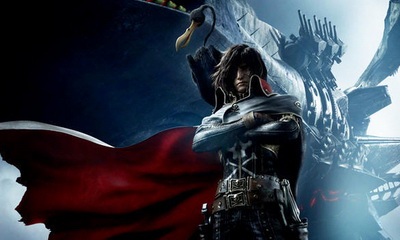