Check out this latest TV spot and get the best look yet at the soldiers in Loki’s army.

We’ve got a new Avengers trailer that not only gives us a great extended look at the face off between Tony Stark and Loki, but also gives us our best look yet at Loki’s army. They definitely are not Skrull. General consensus is that they are probably Badoon.

Here is what Wikipedia has to say about the Badoon:

The Badoon are older than the Kree and the Skrulls. There was a natural hatred between the two genders, and they fought each other in long gender wars. Eventually, the males won, placing the females in captivity. In time, the males developed technology and abandoned Lotiara, returning only when their mating drive made it necessary. The males became conquerors of worlds, while the females became pacifists, content to remain in peace on their homeworld and ignorant of the males’ star-spanning empire.[2]
Among the Brotherhood’s conquest attempts are the Zen Whoberi, and the extra-dimensional world of Polemachus.[3] They have been known to form alliances with the Brood (against the Shi’ar and Earth’s superhumans[4]), the Kree (against the Skrulls[5]), and Byrrah of Atlantis[6]. They were also responsible for killing a woman who would have become the universe’s greatest peacemaker.[7]
Badoon invasion attempts of Earth have been overcome by the Silver Surfer[8], Namor[9], and the New Warriors.[10]
Despite this, the Badoon are considered a minor species. The time traveller Major Victory warned the Guardians of the Galaxy that they need to take the Badoon seriously, as soon they’ll become the greatest military threat in the galaxy.[11] 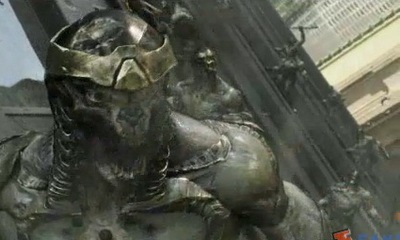