“Prometheus” follows the story of a team of explorers who discover a “clue to the origins of mankind on Earth, leading them on a thrilling journey to the darkest corners of the universe. There they must fight a terrifying battle to save the future of the human race.”

Set for a June 8th release, the film which may or may not be a prequel to “Alien” also stars Michael Fassbender, Charlize Theron, and Idris Elba. 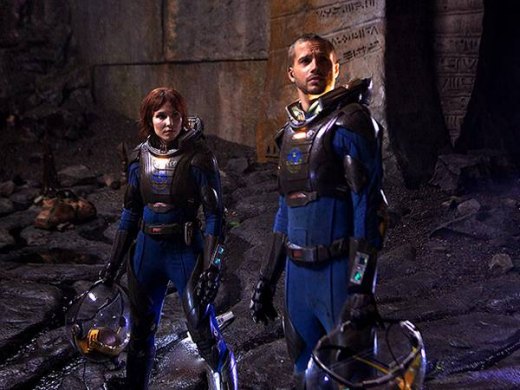