When the few people who still have ESPN sit down to watch Monday Night Football tonight, they are in for a treat. Marvel has announced that they’ll be dropping their second Captain Marvel trailer at some point during the game. To get fans excited for the new trailer, Marvel has released a pretty baller new poster for the film.

There isn’t much to say about the poster other than the fact that it owns incredibly hard. These MCU movies ain’t always perfect, but nobody does eye-catching color quite like recent Marvel entries like Thor: Ragnarok and Avengers: Infinity War, and this poster pops like Carol Danvers’ fist against an elderly woman’s jaw. (Granny is totally a Skrull, relax!) 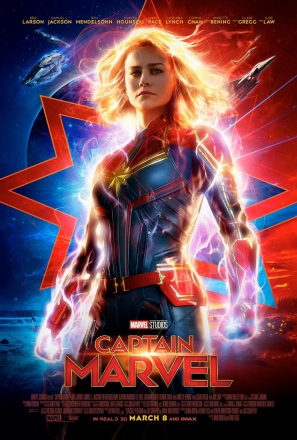