Great new poster and our first look at footage from the new James Bond thriller, Skyfall.

We’re a little behind on posts today due to some technical issues, but here’s the first trailer from the new James Bond film ‘Skyfall’. The new film features the return of Daniel Craig in the role of 007 as he now must look inwards at his own organization as M, played by Judi Densch deals with a ghost from her past.

Daniel Craig is back as James Bond 007 in Skyfall, the 23rd adventure in the longest-running film franchise of all time. In Skyfall, Bond’s loyalty to M (Judi Dench) is tested as her past comes back to haunt her. As MI6 comes under attack, 007 must track down and destroy the threat, no matter how personal the cost. 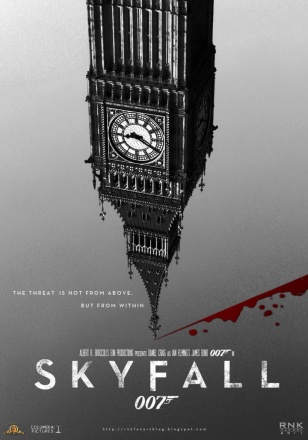