An eye for an eye? Maybe an eye for something else…

An eye for an eye? Maybe an eye for something else… I guess it all depends on how closely they decide to stick to the comic book. Season 3 of The Walking Dead starts back up on February 10th and it looks like it is going to jump right into action with a battle that pits brother against brother and Rick against The Governor. 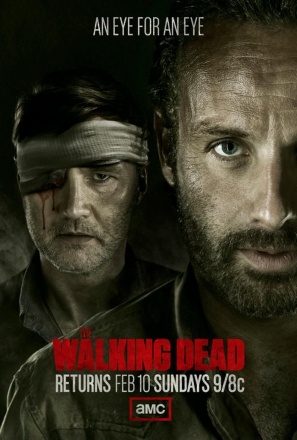 In case you haven’t seen it, here’s AMC’s synopsis for the second half of season 3.

With his group in tatters, his sanity in question, and his own son questioning his every move, Rick (Andrew Lincoln) must somehow pull everyone together to face their greatest challenge — the Governor (David Morrissey). In order to survive, he must risk everything, including the group’s very humanity.