Check out the new viral video and the 8 emotions of Michael Fassbender’s David Android that were revealed in the new Prometheus Viral Puzzle!

Androids! They’re everywhere or at least some form of it. Cell phones, watches, and tablets, but wouldn’t you want this awesome android by the name of David? The people behind the film ‘Prometheus’ just released this promo of Michael Fassbender’s David. According to Weyland he does everything! Imagine having a human like droid that would do anything you ask of it. I’m pretty sure the women would love to have Michael Fassbender running around the house doing their bidding. I know what every guy would do if we had our own, we would dress him up as Megneto and make him fuck things up! Check out the video below: 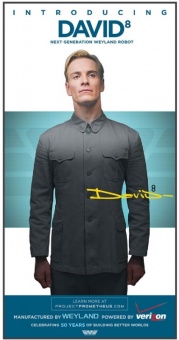 As part oft he viral, several sites were sent codes that could be entered into the Weyland Industries site to reveal some of David’s emotions. Here are all 8 of the unlocked emotions: 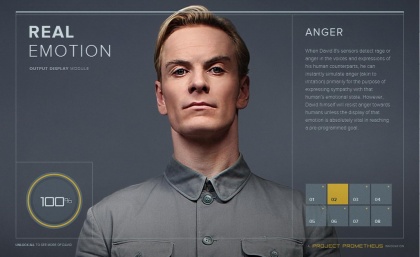