Not really any news here, just a great new image for you to check out after the jump!

Not really any news here, just a great new image for you to check out. With Comic-Con just around the corner, it is a safe bet that we’ll be seeing some actual footage pretty soon. In fact, I’d almost be willing to bet that there will be some sort of trailer airing before the screening of The Dark Knight Rises at the convention. 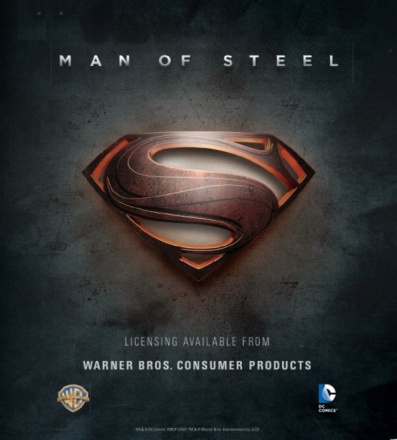 Official Synopsis:
Superman takes to the skies once more as acclaimed actor Henry Cavill (The Tudors, Immortals) dons the suit, cape and S-shield of the MAN OF STEEL. With an all-star cast that includes Diane Lane and Kevin Costner as John and Martha Kent, Clark’s earthbound parents; Oscar® winner Russell Crowe as Superman’s Kryptonian father Jor-El; The Fighter’s Amy Adams as intrepid Daily Planet reporter Lois Lane; The Matrix’s Laurence Fishburne as editor Perry White; and Boardwalk Empire’s Michael Shannon as Superman’s otherworldly archenemy General Zod, populations from Smallville to Metropolis are psyched for Superman. With the directorial stylings of 300’s Zack Snyder and the superheroic production team behind Christopher Nolan’s Dark Knight trilogy, the sky’s the limit for the last son of Krypton!