The Walking Dead: First Image Of David Morrissey As The Governor Released

Is it just me or does he have too many body parts?

We still have a few months until The Walking Dead returns for season three, but we are starting to see some hints about what we can expect. Last week, we got our first look at Michonne and now we are getting our first peak at David Morrissey as the Governor! 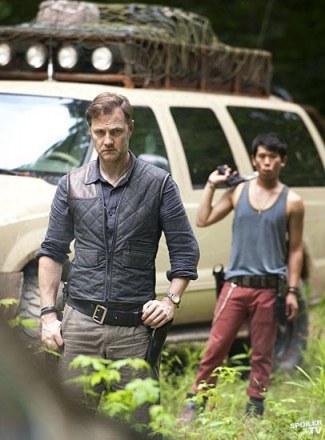 Here’s what series creator, Robert Kirkman told TV Guide about what we can expect and how Morrissey is fitting into his role:

“Seeing The Walking Dead come to life on AMC has been a real thrill for me, obviously, and moving into Season 3 I’m even more excited than ever because now I feel like we’re really getting to ‘the good stuff,'” Kirkman tells TVGuide.com. “Having The Governor in the mix is going to fundamentally change the show in all kinds of awesome and exiting ways. And David Morrissey totally rocks!”