We’ve seen a few interesting photos from the set of Vin Diesel’s Riddick, but now we get to see something a little different… Riddick with a big Bone Staff. Cool weapon… I wonder if it was made from the bones of the creatures in Pitch Black… 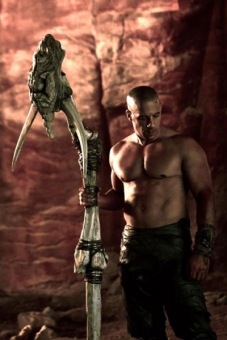