This video is so wrong in all the right ways…

This video is so wrong in all the right ways… Described as a “Fair Use” Parody, Bryan Boyce has created a short film that is just so wrong that you can’t help but love it. ‘Taxi Driver’ is one of the darkest and most nihilistic films that I’ve ever seen. Imagine it in a world where it is juxtaposed by the magical world of Disney.

Boyce is clearly some kind of mad scientist. There’s no other explanation for his ability to make me feel dirty about watching “Steamboat Willie” 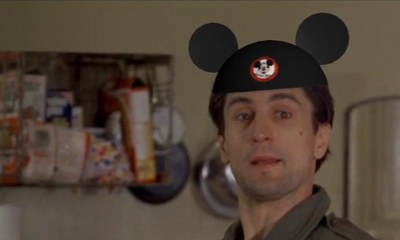