The events of that fateful day in November have been a point of contention between humans and the mutants ever since.

In what could be considered a very ballsy move, The Bryan Singer helmed X-Men Days of Future Past just launched a new viral website and video that places the blame for the assassination of JFK on the shoulders of Magneto. The claim being that he used his powers to alter the trajectory of the second bullet, killing Kennedy.

This is extremely ballsy given that we just had the fiftieth anniversary of the assassination last week and it is still one of the most contentious moments in American history.

Still, it definitely got our attention, so it has done it’s job. You can visit the website, Thebentbullet.com, but check out the video below, first. 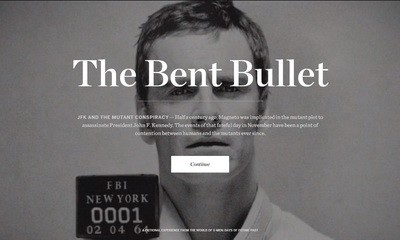