Paramount Pictures has released a new theatrical poster for Brad Bird’s “Mission: Impossible – Ghost Protocol.” This time the poster includes the rest of the cast photoshopped into the background. It’s probably not the most exciting poster, but it’ll do. While I’m not the biggest “MI” fan, there’s something about this film that’s gotten me excited. Maybe it’s Brad Bird, who I’ve spoken to in the past and was generally excited about directing, the exciting trailer or the fact that certain showings will come with a preview for “The Dark Knight Rises.” Whatever the case, this is a film that I feel is currently flying under the radar and I have a feeling it’ll surprise a lot of people. 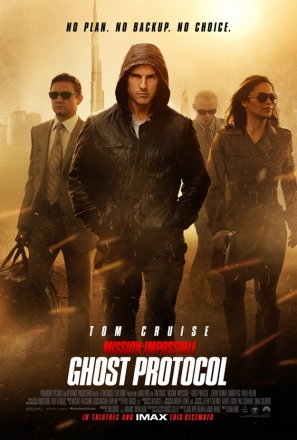