We have to wait at least a year to see it, but it looks like there’s a lot more gas left in the Toy Story Tank.

Pixar has been kind to Toy Story fans by releasing two great shorts since Toy Story 3 was in the theaters. Now it looks like they are giving us even more love with two new half hour TV specials that are sset to air in 2013 and 2014.

The news slipped out though Disney Publishing Worldwide’s catalog, which reads:
Two 22-minute TV specials are in the works for October 2013 and Spring 2014.

There’s no information on them, but I’m going to go out on a limb and guess that at least one of them will be a Christmas Special. The other will probably be Halloween or Valentine’s day. It makes a lot of sense. What better way to give that much more imortality to Buzz, Woody and teir friends than to turn them into a holiday classic? 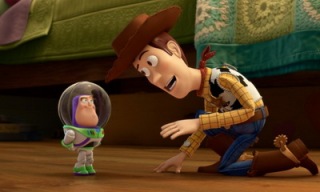