I’m so confused… such a great cast… such a poor concept.

It was announced late last night that Portia De Rossi has just been cast to take on the role of Lily Munster in the new NBC reboot of The Munsters.

I like De Rossi and really enjoyed her last few roles on Better Off Ted and Arrested Development. I’m just still puzzled about the existence of this show and the great actors who they managed to attach to it.

She’ll be joining Jerry O’Connell and Eddie Izzard who are playing Herman Munster and Grandpa respectively.

I grew up watching The Munsters and it takes a lot to reboot a show like that without making it suck. It was accomplished with the first Addams Family film. It was a massive failure every time that they’ve tried to bring back The Munsters thus far. As for how the reboot of Dark Shadows went… well, PHBHBT. 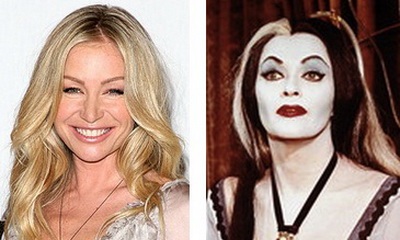