Survived by his wife Nancy, their two sons, and four grandchildren. He will also be survived by all us brains, athletes, basket cases, princesses and criminals. 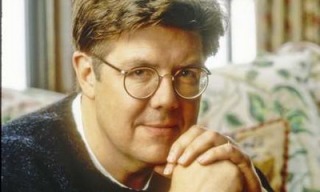 YBMW is sad to report that 80’s film legend John Hughes has passed away today at age 59 from a heart attack while visiting with family in New York City. If you grew up in the 80’s his films defined your generation. His Brat Pack films like Sixteen Candles, Pretty in Pink, and Breakfast Club will go down as some of the best teen movies ever created. then there are his family films like Uncle Buck, Planes, Trains and Automobiles and National Lampoon’s Christmas Vacation. Each one of them a classic in their own right, and the kind of films that never get old no matter how many times you watch them.

Though some of his biggest hits are movies we refuse to admit we like now, we lined up by the millions to see when they first came out. You may look back at Home Alone and think its a stupid or cheesy movie, but admit it… when it was out, you used to run around with your hands to your face, screaming like a little Macaulay Caulkin.

In his later years… as if you can really call your late forties and early fifties later… he kept working in film as a writer and in character development, but he did so under an assumed name. As early as 2000 with the film Beethoven’s 3rd and as recently as 2008’s Drillbit Taylor, Hughs was working as a story and character consultant under the name Edmond Dantes.

As you may or may not know, Edmond Dantès is the protagonist and title character of Alexandre Dumas novel, The Count of Monte Cristo.

His reason for stepping back a bit was so that he could spend more time with his family and on his farm in Norther Illinois. He is survived by his wife Nancy, their two sons, John and James, and four grandchildren. He will also be survived by all us brains, athletes, basket cases, princesses and criminals.