Rumor: Bad Guy In AVATAR 2 To Be Played By ARNOLD SCHWARZENEGGER!!!

Will the Terminator be reuniting with James Cameron?

Will the Terminator be reuniting with James Cameron? That’s the news according to Latino Review.

James Cameron has already been dropping some tidbits about the sequels to Avatar. He told MTV news:
“It would be a continuation of their story and I expect that those nasty humans didn’t go away forever: ‘Oh, well that didn’t work!’ ”

Well, now comes the news that he’s chosen who will lead those nasty humans, Arnold Schwarzenegger! This could be a pretty awesome re-teaming. Afterall, they definitely worked well together on both Terminator and Terminator 2: Judgement Day.

Also, let’s face it, Arnold could use a hit.

This falls in line with something that Arnold said to MTV earlier this year on their movie blog:

“Movie-wise, he’s tied up with his next two movies, but hopefully, there’s something down the line when he’s finished with that,” Schwarzenegger said. “I always look forward to working with him because Cameron is a very talented director. 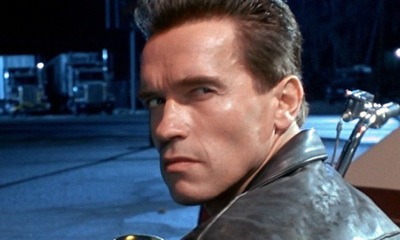