Rumor: Marvel’s TV Adaptation Of ‘Cloak & Dagger’ Has Been Cast

If the rumors are true, are you satisfied with the teens who have been chosen to play one of Marvel’s most underrated dynamic duos?

The success of Netflix’s run of Marvel heroes like Daredevil, Jessica Jones, and Luke Cage as well as networks like FOX having luck with Gotham, has spurred on a golden age of comic related programming. In a couple of weeks FX is premiering Legion, and they’ve got another X-Men series on the way as well. Meanwhile DC has Powerless, their new comic adjacent sitcom coming to NBC in just a bit.

One of the shows that we haven’t heard too much about is the upcoming live action series based on the Marvel duo of Cloak and Dagger. Well, today, a new rumor has hit and it claims that the roles for the two heroes have been filled just a month before the new series is set to go into production. 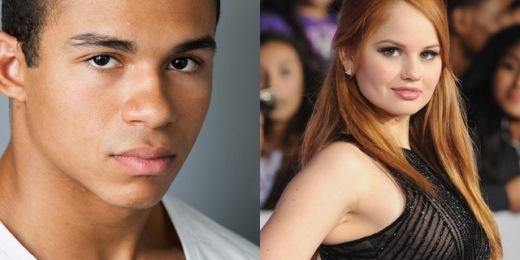 If the rumors are true, Noah Gray-Cabey (Heroes) and Debby Ryan (Jessie) have taken on the mantles of Cloak and Dagger. The internet has provided some initial feedback based on the fact that she’s a redhead and he is apparently mixed race and not black like Cloak in the comics. My response to those complaints are: 1. She can dye her hair or wear a wig, and 2. Shut up, that’s dumb.

If the rumors are true, we’ll probably know by the end of the week. Either way, I hope they at least go the route of picking relative unknowns and shy away from big names. They could do worse than these two.