I wonder if they’d make him do the accent…

Admittedly, Ryan Reynolds has been more miss than hit at being a superhero, but I still believe that a lot of that has to do with really bad scripts. For me the big test will be the long-awaited Deadpool movie.

Now word is out that he might be playing a character that isn’t technically a superhero, but is an immortal Scotsman of whom there can be only one.

The director attached to the Highlander Reboot (Juan Carlos Fresnadillo) recently told Variety that Reynolds is currently the frontrunner on the project.

If he signs on, filming should begin this year. 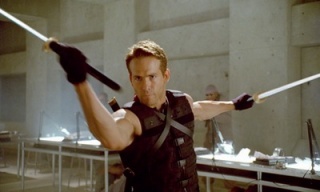