Marvel treated fans to their first look at the Iron Man 3 Armor on the floor of the convention today. Check it out after the jump!

It is saturday at Comic Con and that means that it is Marvel Day! The big event will be the Iron Man 3 Panel that is set to happen later today. First, we’ve got a nice treat on the convention floor. When SDCC 2012 began, the big Marvel showpiece on the floor was the Iron Man Hall of Armor. Every year, Marvel likes to add something to their display on Marvel day. Today’s big add was the new armor from Iron Man three. It The new suit design is a big style change from previous designs. The main difference is that they changed the color scheme so that it is now predominantly Gold. 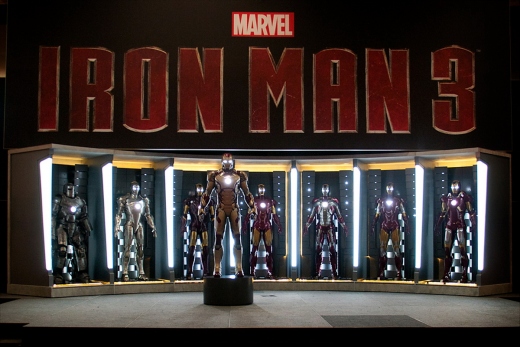