Comic Con is just a couple days away… it actually starts tomorrow night, but that’s not really the point. One of the hottest panels at the show is going to be the Hall H panel for Hunger Games: Catching Fire. 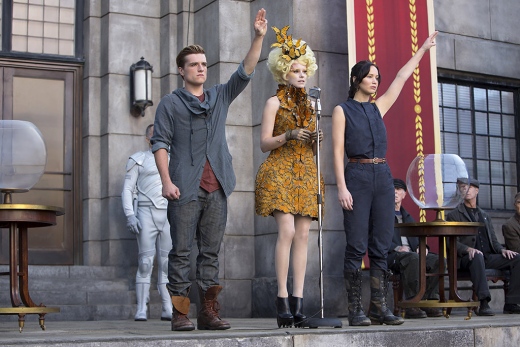 In addition to the new image, Yahoo movies is reporting that the panel, which is set for Saturday, will feature the release of a new trailer for the film. If you can’t make it to Comic Con, just check back here around 1:35pm PST on Saturday and we will have it online.

If you are there for the panel, you’ll have a chance to see: Lawrence, Hutcherson, Hemsworth, Kravitz, Malone, Wright, Willow Shields, and director Francis Lawrence.