SDCC 2013 – Find Out How To Get a Customized Figurine Featuring Predator Alien Holding Your Severed Head!

This year’s Comic Con seems to be raising the bar when it comes to creativity. Fox Home Entertainment is now announcing one of the very first times in history where you get to become a Comic Con Exclusive!

This year’s Comic Con seems to be raising the bar when it comes to creativity. Fox Home Entertainment is now announcing one of the very first times in history where you get to become a Comic Con Exclusive! While at the con, you can have the chance to get your head 3D scanned and then 3D printed into a figurine of The Predator holding your severed head and spine as a trophy!

This is similar to something we saw recently at Disney World’s Star Wars Weekend. There, you could either be scanned into Carbonite, or you could have your head scanned onto the head of a Storm Trooper. That was cool… but it’s hard to beat being a hunting trophy to a predator! 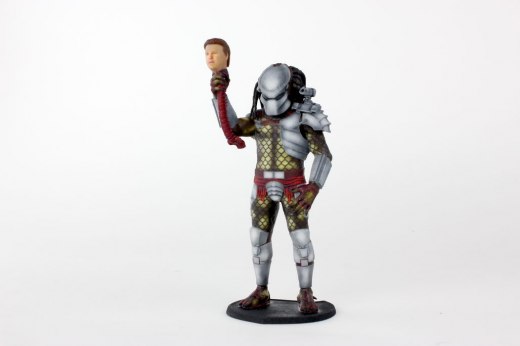 WHAT: Nothing like it has ever been at Comic-Con before… Twentieth Century Fox Home Entertainment is bringing an iconic franchise to San Diego as PREDATOR hunts for prey on the convention floor.
In a first-of-its-kind activation at Comic-Con, fans can enter booth #3528 and have their photo taken with state of the art cameras courtesy of 3D Systems. Their image will then be used to make them the victim as a customized figurine is created using 3D Systems 3D printing technology that features the Predator alien holding the fans’ severed head!
The figurine is only available to fans that purchase the PREDATOR Blu-ray 3D, available exclusively for pre-order at Comic-Con and packaged in a limited edition Predator head for $129.99. Fans can also receive the figurine with the purchase of a “headless” Blu-ray 3D for $49.99.
Additionally fans will get a first look at the all-new 3D transfer of the film before it arrives on Blu-ray 3D later this year as they enter the jungle that is ruled by the ultimate warrior that came from another planet.
Attendees can also participate in the “Hunt the Predator” challenge. Fans who find the Predator, take a photo and upload it to their social networks with the official hashtag “#HUNTthePREDATOR” will be entered to receive a front of the line pass at the Predator 3D booth for an exclusive 3D printed figurine.
The PREDATOR Blu-ray 3D will be shipped to all those that pre-order at Comic-Con when it is officially released in December. The custom figurine will be shipped following the convention. 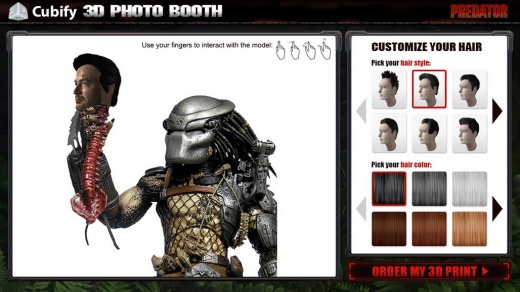 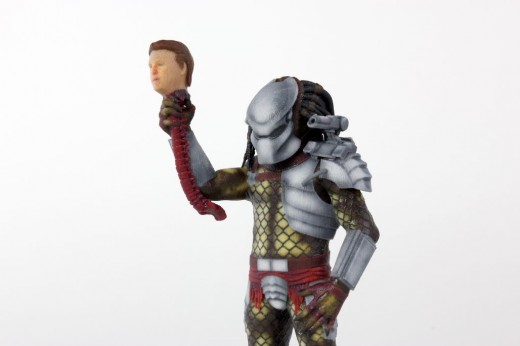