Presented at the panel were voice actors for Raphel, Mikey, Karai, Casey Jones, Donnie and Seth Green as the new Leonardo

In what seems almost underwhelming compared to the insane reveals over in Hall H, Nickelodeon held their panel today for the fantastic TMNT Animated Series and gave fans insight into season 3 as well as revealing a very cool SDCC special trailer featuring clips from the remaining episodes of season 2.

Presented at the panel were voice actors for Raphel, Mikey, Karai, Casey Jones, Donnie and Seth Green who is replacing Jason Bigg as Leonardo. Also on stage was Kevin Eastman, co-creator of the TMNT!

There are 3 more episodes left for Season 2 and in the finale the turtles will find themselves in Dimension X, which will help set up the beginning to Season 3. A clip of this was shown, revealing the turtles looking for a missing Mikey. They discover Leatherhead being tortured by the Krangs and is then eventually being chased by some creature before they are rescued by Mikey. Mikey claims to have been lost in Dimension X for months now.

We also got a chance to see some sketches of upcoming mutants that might make their way into Season 3. Mondo Gecko and Muckman were two that TMNT fans should be familiar with. A new character Crep was introduced, who looked like Jason from Friday the 13th. 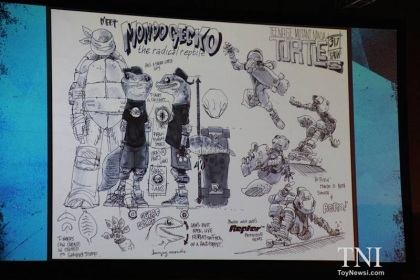 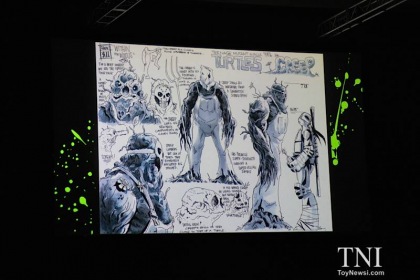 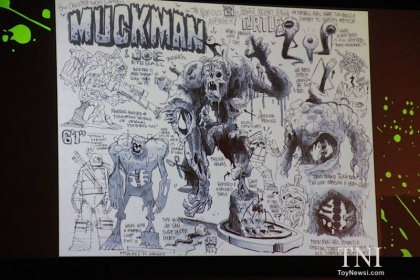