Today, fans who were lucky enough to attend the Warner Bros animation panel for the Young Justice: Outsiders got their first look at the new team line-up and designs. Thankfully, they released a team roster image for everyone who wasn’t able to attend. Check them out below:

Going in order from left to right: Static, Kid Flash, Robin, Wonder Girl, Spoiler, Blue Beetle, Thirteen, Arrowette, Arsenal and Beast Boy. While we don’t know exactly who “Thirteen” is, it’s a pretty solid guess that she’ll be an animated adaptation of the magic-wielding comic character, Girl 13 or Traci 13. 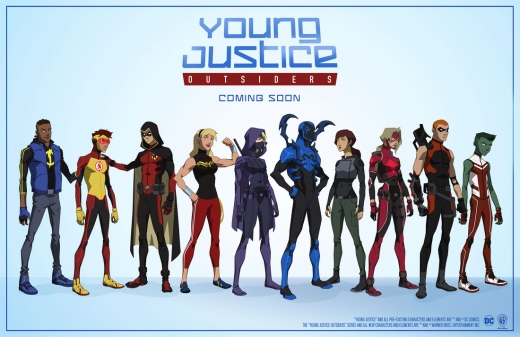