“By Odin’s beard!” Thor: The Video Game coming to console and PC next year. 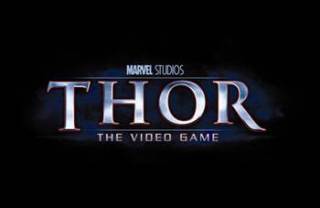 SEGA has announced their plans to bring Marvel’s hall-of-fame franchise Thor to video game systems and PC in an epic third-person adventure. Thor: The Video Game marks the first time Thor has starred in his own video game! Eisner Award-winning writer and lead Thor comic book Matt Fraction will serve as story consultant in an all new epic tale which in which Thor must battle his way through numerous worlds of Norse mythology.

“We are proud to be bringing Marvel’s Thor to his first solo video game adventure,” commented Gary Knight, Senior Vice President of Marketing at SEGA Europe and SEGA America. “Thor: The Video Game will finally bring the immense power of this iconic hero to lifelong fans, and introduce the God of Thunder to a whole new audience as a true Marvel Super Hero.”

Thor: The Video Game will take players through a spectacular, epic-scale original third-person adventure for which Matt Fraction, the Eisner Award-winning writer and lead Thor comic book author served as story consultant. In the game, Thor battles through the numerous worlds of Norse mythology that span realms ranging from primal worlds of fire and ice to extraordinary planets inhabited by Frost Giants and Trolls to save Asgard, the capital city of the Norse Gods. Thor must overcome monstrous foes lifted from the pages of the comics including Ulik, Ymir, and Surtur, as well as other monstrous denizens. Players will wield the iconic Mjölnir, Thor’s legendary hammer, to fight enemies on an immense scale while controlling the elemental storm powers of lightning, thunder, and wind to vanquish enemies. As Thor earns Valor points through his exploits, players can acquire new abilities, powers, and weapon upgrades.

Each version of the game will be uniquely suited for its platform, with the PlayStation 3 system and Xbox 360 versions featuring cinematic, third-person action gameplay with melee combos, ranged hammer throws, tide-turning elemental powers, and an upgrade system to bolster Thor’s powers as gamers progress. Players will take on enemies up to four times as large as Thor, with multiple grappling points and a variety of strategies for taking them down: go toe-to-toe with a 25 foot tall, 12 ton Ice Trolls for a truly heart-pumping experience.

The Wii game will feature the same overarching storyline as the next-gen consoles, but will also present a different gaming experience by utilizing the Wii Remote™ and Nunchuk™ controllers to battle enemies and deliver Thor’s elemental powers. Thor for the Wii version will also be presented with a uniquely styled comic book look that it will share with the PSP system version, along with different cinematics, story elements, dialog, locations, and dedicated flight levels. Nintendo DS players will experience a 2D side-scrolling adventure with narrative and gameplay unique to the platform.

Brought to the Marvel Universe by the legendary Stan Lee and his brother Larry Lieber and penciled by noted artist Jack Kirby, Thor first appeared in Marvel Comics in 1962. Based on Norse mythology, the Marvel character of Thor became a comic book Super Hero both in his own right and as a member of the Avengers alongside comic book icons The Hulk™, Iron Man™, and Captain America™. Thor: The Video Game marks the character’s progression from mythology to comics to TV and film, and now to interactive entertainment in his first standalone appearance in a game.

For further information on this title, please visit www.sega-press.com.