Six Awesome New Character Posters From “Rise of the Guardians”

There’s something about this movie that is getting me really excited and these new character posters are only making it more so.

On November 21st, we’ll get a chance to see one of my most anticipated films of the year, DreamWorks Animation film Rise of the Guardians. If you aren’t familiar with it… think League of extraordinary Gentleman meets all the Gods of your childhood: Santa, Tooth Fairy, Sandman, Jack Frost and The Boogie Man. 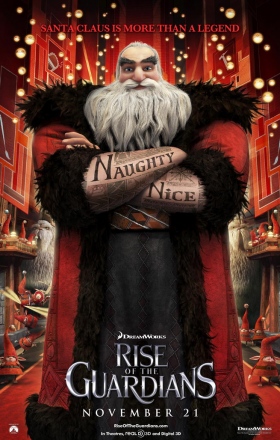 Official Synopsis:
RISE OF THE GUARDIANS is an epic and magical adventure that tells the story of Santa Claus, the Easter Bunny, the Tooth Fairy, the Sandman, and Jack Frost – legendary characters with previously unknown extraordinary abilities. When an evil spirit known as Pitch lays down the gauntlet to take over the world, the immortal Guardians must join forces to protect the hopes, beliefs and imagination of children everywhere.