Love that red and black costume!

Spider-Man: Far From Home wrapped up filming today and Tom Holland celebrated by posting one more set photo of himself (in the red and black costume) alongside co-star, Zendaya. Now it’s just an issue of waiting for the movie to hit theaters next July 5th. There’s no word on when the trailer is going to drop for the film, and it could actually be kind of tricky. Knowing that the film takes place after the events of Avengers 4 and Captain Marvel, it’s going to be hard for them to promote the film too hard without some sort of spoilers happening. Just knowing there will be a ‘Spider-Man: Far From Home’ is a spoiler in itself, but cmon… who didn’t know that his dusting was just a temporary condition? 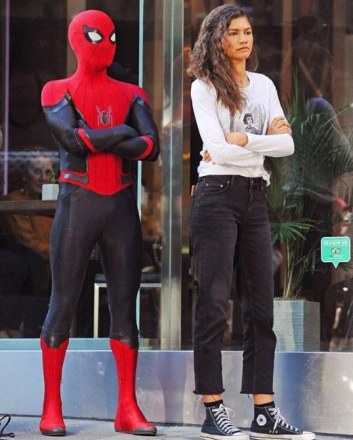