Superman: ‘Man Of Steel’ – First Pics of Faora and Frontal View of Superman

Check out the first look at Antje Traue as Faora and the first on set full frontal view as Henry Cavill as Superman.

We’ve already seen some rear view shots of Henry Cavill as Superman and some images of Michael Shannon in a mocap suit as Zod. Now we’ve got our first glimpse of the other big bad in the movie, Faora (Antje Traue). As an added bonus, we’ve also got our first on set shots of the full frontal view of Superman in costume. One of the big things that many people have noticed is that Faora’s costume is, well, an actual costume, while Zod is seemingly going to be some sort of motion capture creation. 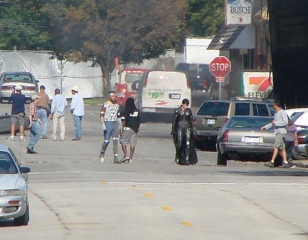 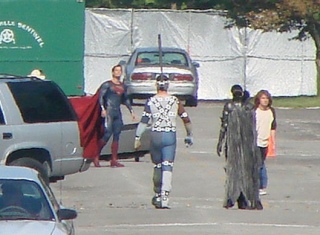