He sang on the soundtracks of several films in the animated “Land Before Time” video series and has an album, “Psyanotic,” on iTunes.” 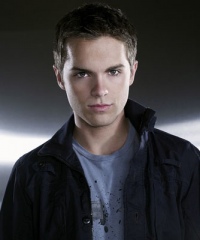 It turns out that Thomas Dekker, star of Terminator: The Sarah Connor Chronicles, has a lot more to offer than just his destiny to lead mankind in a final battle against the forces of Sky Net. He also loves to sing and dance. According to sources over at the Hollywood Reporter, he is, ” in talks to take a lead role in MGM’s remake of the 1980 musical “Fame.” Dekker is gunning to play Marco, a working-class kid with some gnarly acting chops who is competing with thousands of other hopefuls to get into and survive an elite New York public high school for the arts.”

While it might seem like a stretch for some of his Terminator fans, his agents over at ICM say he’s got what it takes. “He started acting at age 6 and comes from a musical family. He sang on the soundtracks of several films in the animated “Land Before Time” video series and has an album, “Psyanotic,” on iTunes.”

Until then, you can catch Dekker in The Sarah Connor Chronicles. Also, be sure to catch “Whore,” an independent film that Dekker wrote, directed, produced, edited and starred in, will be released by Moving Parts in October.

One thought on “Terminator: The Musical?”