Wow, after almost two years, here’s the very first trailer for Joss Whedon’s (The Avengers) long awaited horror film “Cabin in the Woods.” The film was co-written by Whedon and Drew Goddard (Cloverfield).

The trailer is very different than what I was expecting! I’m not sure if that’s a good thing yet, but I’m liking what I’m seeing. It seems to have a little bit of everything from sci-fi, gore/snuff, to monsters.

Here’s a very short synopsis for the film:
Five friends go to a remote cabin in the woods. Bad things happen.

The trailer doesn’t have a release date for the film yet, but Lionsgate plans to release it on April 13th 2011. Check out the trailer below and let us know what you think! 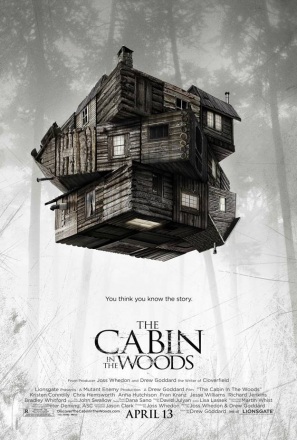