THE HOBBIT – First Look At The Goblin King

If the toys are any indication, we are in for some pretty spectacular monsters in THE HOBBIT. Now I just want to see Smaug!

Yesterday, we were lucky enough to get a peek at what Evangeline Lilly will look like as Tauriel in The Hobbit: An Unexpected Journey by way of the gang over at Theonering.net. Today they are dropping a bigger bomb with the first pic of The Goblin King action figure.

In the film The Goblin King will be played through Motion Capture by Barry Humphries. 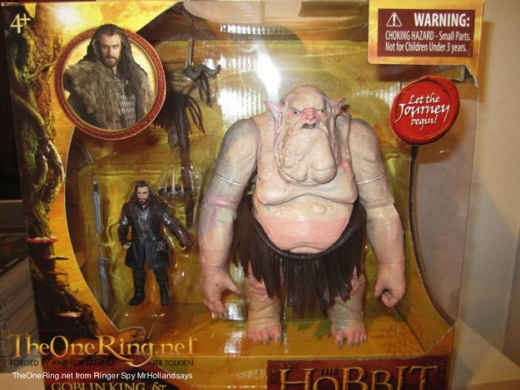 This is what Peter Jackson had to say about him after her was cast for the role:

“[W]e’re looking forward to seeing him invest the Goblin King with the delicate sensitivity and emotional depth this character deserves,” Jackson wrote. “…Humphries will be portraying the Goblin King, in much the way Andy Serkis created Gollum.”