It’ll be nice to see Rooker in action with more than just a stump hand.

After working together on both Slither and Super, The Walking Dead’s Michael Rooker is teaming back up with Director James Gunn to work on the upcoming Marvel’s Guardians Of the Galaxy. There had been a lot of speculation that Rooker could be cast as the voice of Rocket Racoon, but now the news has come out that he’ll be playing Yondu, one of the founding members of the Guardians.

The most surprising big about this is that Yondu wasn’t included in the team line-up of Star-Lord, Gamora, Drax the Destroyer, Rocket Raccoon, and Groot the anthropomorphic tree that was originally announced.
This generally means one of two things. Either they made some significant story changes or he’s going to die pretty early in the film and serve as some sort of inciting incident.

Guardians of the Galaxy is set for an August 1, 2014 release date. 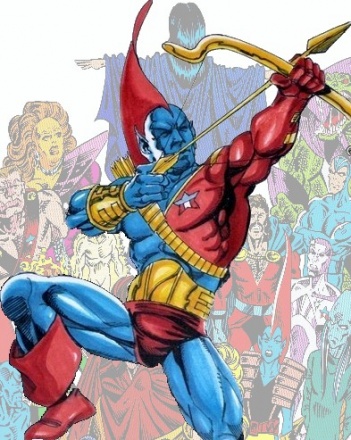