So, to no surprise, The Walking Dead premier did not disappoint. The acting and effects were top-notch and, of course, we already knew the story was amazing.

So, to no surprise, The Walking Dead premier did not disappoint. The acting and effects were top-notch and, of course, we already knew the story was amazing. AMC has another hit on their hands and I think we can expect to enjoy this series for some time. 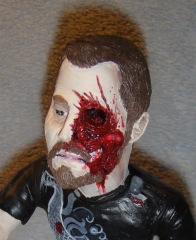 As if ending October on a high note isn’t enough, we began November with a bang as well. Zombies & Toys is celebrating its second year online. And what better way to celebrate than giving away a bunch of zombie stuff to our readers? We launched our first contest with the announcement that custom zombie busts are now available in the Zombie Toy Store. These are sculpted and painted with the same detail as our custom magnets and can be ready for the holidays. To no surprise, our first contest is for the chance to win a custom-sculpted bust of you as a zombie! 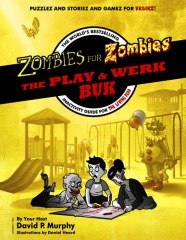 Our second contest was announced along with a book review of Zombies for Zombies by David Murphy. Murphy recently published his hilarious follow-up, The Play and Werk Buk. After you read our review, make sure to enter for you chance to win both books with several runners-up winning the latest title. We will be giving away zombie goodies all month long so make sure to stop by and participate in the fun! 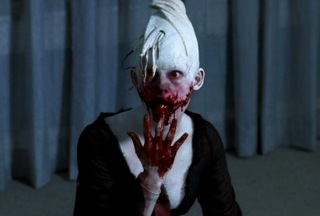 We also featured an exclusive interview with Brain Metcalf, writer and director of the upcoming film The Fading of the Cries. Starring Brad Douriff, Fading tells the story of a young hero with a mystical sword who fights thousands of zombies. The zombies are sent by Douriff’s character who is a necromancer attempting to obtain an ancient necklace. With equal parts horror and fantasy, this is definitely a movie to look forward to. 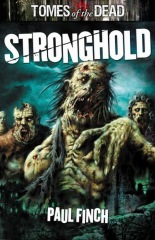 Speaking of movies, we have a medieval zombie horde to watch for. Stronghold is a novel by Paul Finch where a spell caused the dead to rise and attack a castle. The book’s pages will be brought to life by Jason Kingsley who also presented us with Alien vs Predator. 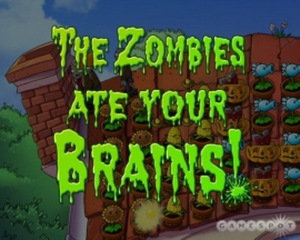 What would a week be without some zombie video game news? We learned that PopCap Games’ hit title, Plants vs Zombies, will see new life on the Nintendo DS. Sadly, we won’t be able to have this game by the holidays. We will, however, have it within the first quarter of next year!

For full disclosure of all the undead news that matters, make sure to visit us at zombiesandtoys.com. There will be plenty of fun and prizes to be had this month. Don’t forget to check out all of the latest offerings in the Zombie Toy Store. Who doesn’t want a zombie for Christmas?