There has not been a lack of undead news lately so let’s not waste any time!

There has not been a lack of undead news lately so let’s not waste any time!

Let’s start with some zombie games, shall we? Here’s a concept most of us are unfamiliar with: playing a game that doesn’t require a television. Students at Dartmouth engaged in a campus-wide game of “Humans vs Zombies”. The final tally included over 170 students. Organizers hope that number will increase resulting in larger competitions.

For more familiar gaming territory, you may want to know that Dead Space 2 hit store shelves. While we’re not shooting zombies in the brain to survive, we are blasting limbs off of the rising dead. Monstrous zombies in space? Count me in! If you’re still on the fence, make sure to read our review. 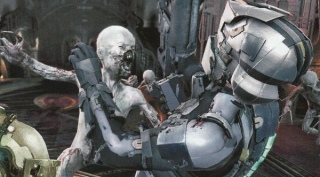 So maybe you don’t like epic games that cost money. Check out Zombie Bites. While definitely not as involved, it is still fun and addicting. Not only do you get to run around and eat brains, you get to do it for free!

With the Nintendo 3DS available next month, you’re probably wondering if a zombie fan should care. Well, Resident Evil – The Mercenaries 3D will be one of the launch titles! Similar to the other RE Mercenary modes, you play for two minutes killing as many zombies as you can. Did I mention this is in 3D? 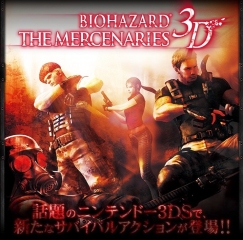 New on the Nintendo DS is one of the greatest zombie-featured games ever, Plants vs Zombies. A must for both the casual and hard core gamer, you build a defense of plants to battle the brain-hungry zombies. For those already familiar with the game, make sure to check out our feature highlighting the limited amount of official merchandise available. 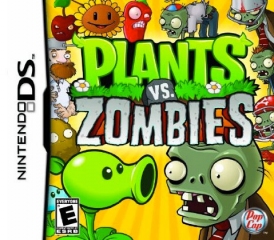 If movies are more your speed, Zombie Farm will be available on DVD March 8th. What we know is that these zombies begin as a result of a voodoo ritual. What we don’t know is if there is a hunger for human flesh we expect zombies to have. 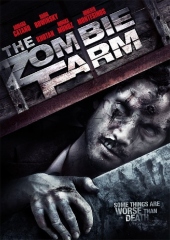 Finally, I can think of no better image to leave you with other than a cake. But not just any cake… a zombie unicorn cake! You’re welcome. 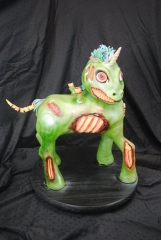