Ravis is being described as the daughter of a demon and a powerful empath who must keep her emotions in check or risk unleashing her demonic side.

The upcoming live action adaptation of Teen Titans has just cast its Raven. The series is is being speerheaded by CW comic series boss, Greg Berlanti, along with Akiva Goldsmith, Geoff Johns, and Sarah Schechter for Warner TV and is slated as the one of the launch titles for DC’s upcoming direct to consumer digital platform (We’ll see if that changes once Star Trek Discovery fails to bring in tons of subscribers for CBS’s online platform).

The new series will focus around characters based of of Dick Grayson, Starfire, Beast Boy, and Raven, which leads us to today’s announcement. Teagan Croft is a 13 year old actress from Australia who will soon be season in the Aussie film, ‘The Osiris Child.’ The TV show’s take on her character is relatively true to previous iterations with her being “The daughter of a demon and a powerful empath who must keep her emotions in check or risk unleashing her demonic side.” 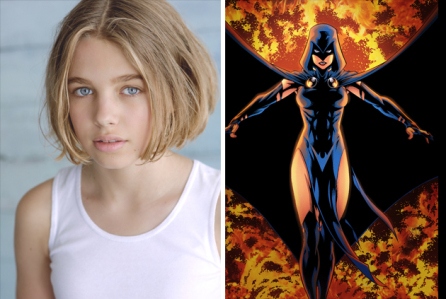