Warner Bros. has released two new character posters for Guy Ritchie’s upcoming film “Sherlock Holmes: A Game of Shadows.” The sequel stars Robert Downey Jr. and Jude Law and looks to be just as action packed as the first film. I was a fan of the first and it brought some excitement to an otherwise slow December month at the box office.

Here’s the official film synopsis:
Robert Downey Jr. reprises his role as the world’s most famous detective, Sherlock Holmes, and Jude Law returns as his formidable colleague, Dr. Watson, in “Sherlock Holmes: A Game of Shadows.” Sherlock Holmes has always been the smartest man in the room…until now. There is a new criminal mastermind at large—Professor Moriarty (Jared Harris)—and not only is he Holmes’ intellectual equal, but his capacity for evil, coupled with a complete lack of conscience, may actually give him an advantage over the renowned detective. When the Crown Prince of Austria is found dead, the evidence, as construed by Inspector Lestrade (Eddie Marsan), points to suicide. But Sherlock Holmes deduces that the prince has been the victim of murder—a murder that is only one piece of a larger and much more portentous puzzle, designed by one Professor Moriarty. 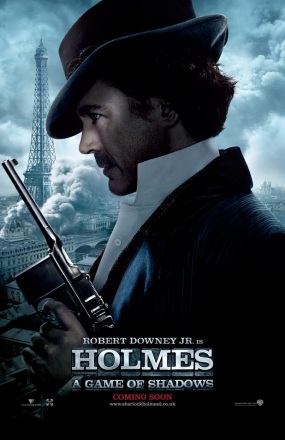 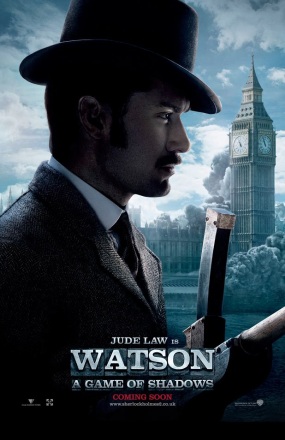