Here are two new posters for M. Night Shyamalan’s “The Last Airbender” featuring Aang and Zuko in extended element bending poses. They’re pretty cool but I almost wish they’d start releasing posters featuring other characters (which I’m sure they will when later in the month). Oh ya, and if you haven’t heard, “Airbender” will be in 3D. Sure the new 3D tag looks tacky on the movie poster, but hey, Paramount’s gotta do what they gotta do to make the green… even if it also means whitewashing the entire cast in order to have it be more appealing to the pasty white skinned audience majority. 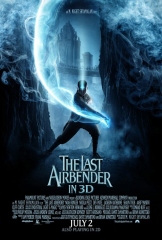 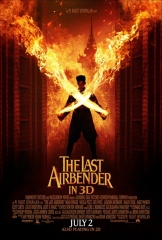