I’m still on the fence about this whole thing. I really want it to be awesome… but is it just me, or does Snarf look like a Pokemon?

OK, more new Thundercats images have been released, so let’s get down to business and check them out. We’ve been waiting with baited breath for the new series and we are really hoping for something spectacular… but we’ve been stood up enough by the Gods of remakes to know that we might be setting ourselves up for heartache.

Let’s just check out the images and see what we have to look forward to.

Lion-O
Now, it is pretty interesting that they are going with a younger Lion-O in this series. It could be pretty cool. I’m a little confused how the Thunderkittens will fit in, but guess we’ll find out. About his look… is it just me, or does he look like he’s the cat cousin of the Dragon Ball Z crew? Also, where is his Thundercat insignia? Does it have to activate in this version or have they just not added it to his belt buckle yet?

Finally, just to be nit picky… why are his hands so big and his feet so small? And what is up with his toes? 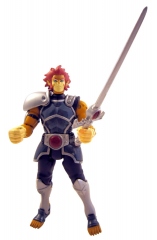 Same issues here with the insignia, hands, feet and toes. Overall, I think I like her look better than Lion-O’s for the figure. The weird thing is that the more I look at it, she looks less like a cheetah and more like a cougar. Not the cat mind you, but the mid 40’s women who prey on younger men. 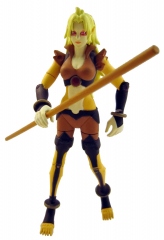 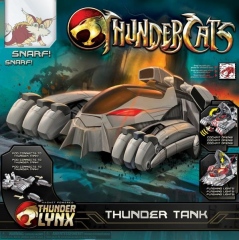 This is not the snarf that I grew up with. He doesn’t look awful, but he’s just very weird looking to me right now. I think I need to take some time and just get used to him. That said, is it just me…. or does he look like a pokemon? 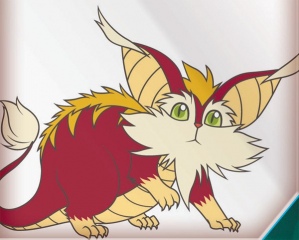 Roaring to life through WBA and Studio4°C’s use of the Japanese animated artistry of anime, “ThunderCats” characters Lion-O, Mumm-Ra, Panthro, Cheetara and others will spring off the screen with realistic cat-like characteristics inconceivable in previous incarnations.

The new “ThunderCats” will appeal to viewers who have loved the characters all their lives as well as young newcomers to the franchise. A sweeping tale combining swords and science and boasting ferocious battles with the highest of stakes, the grand origin story of Prince Lion-O’s ascension to the throne – and of those who would thwart his destiny at any cost – takes on epic dimensions in this sharp new telling. As the forces of good and evil battle each other in the quest for the fabled Stones of Power, Lion-O and his champions learn valuable lessons of loyalty, honor and mortality in every episode.