“Warriors Of Oz” And 12 MONKEYS Headed To Syfy

They should just combine the two shows and call it 12 Flying Monkeys.

There are two big pieces of news out for Syfy.

First up, the network, which got a lot of attention for its extremely entertaining mini series Tin Man, back in 2007, is now returning to the universe that L. Frank Baum created with a new series that is being put together by Timur Bekmambetov. The series, which is called “Warriors of OZ”, tells the story of a modern soldier who finds himself in a post-apocalyptic future Oz. once there, he has to team up with three other warriors (tin man, scarecrow, and lion) to defeat the evil Wizard. Bekmambetov is set to produce the mini-series and may also direct.

Moving from one weird director to the other, THR is reporting that Terry Gilliam’s 12 Monkeys is getting the small screen treatment as well. There’s no word on what the focus of the show will be, but we do know that the film’s original producers are also producing the film and that “24” director, Jon Cassar, is set to direct the 90 minute pilot. 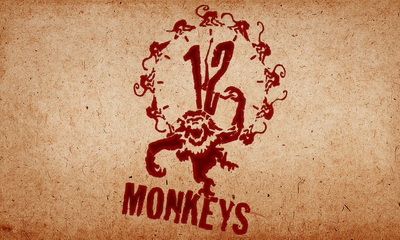