Take a look at the first clip of the Toy Story short that will be released alongside ‘The Muppets’ On Thanksgiving!

A few days ago, Disney released the first image from “Small Fry”, the Toy Story short that will be released alongside ‘The Muppets’. Now we’ve got our first look at a clip from the short.

‘Small Fry’ tells the story of what happens when Buzz Lightyear is left behind at a fast food restaurant and how he recruits a bunch of Happy meal toys to help him get home where the Happy Meal version of Buzz is trying to steal his place in the group. 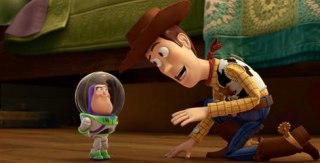