Check out what George Lucas originally had planned for the green-skinned alien Han Solo and Annikin Starkiller.

Before Star Wars became an international phenomenon and the source of one of Australia’s largest organized religions, it was a rough draft of a screen play on the desk of George Lucas. The pile paper that started out as The Star Wars, ended up much differently, but until now, most of us have not had a chance to experience his original take on the story.

Now, Dark Horse is bringing it to life in an 8-part mini series that is Writen by J.W. Rinzler, with art by Mike Mayhew.

This version tells the story of: “General Luke Skywalker and newcomer Annikin Starkiller joining forces to combat the Galactic Empire.”

Issue #1 should be available through their digital store on September 4th. 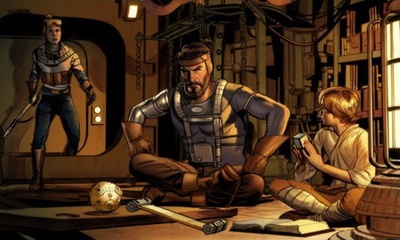