Which DC Superhero Will Be Gay?

Take a look at our mildly NSFW photo gallery and see if you can find the clues!

Gay Superheroes are nothing new and no, I’m not talking about the Ambiguously Gay Duo from SNL. Northstar from Marvel’s Alpha Flight has been gay for a long time. In fact, tomorrow, they’ll be officially announcing that he’s getting engaged on The View. Why they feel the need to go on The View to talk about a comic book that no one on the show or in the audience has ever read is beyond me… but not the point. DC already has a gay Batwoman and even the Archie comics just had their first gay wedding. Not just a gay wedding, a mixed-race, military gay wedding.

DC must have known that something was going to happen because they came out with their own announcement over the weekend at the Kapow convention in London. There, Dan Didio, the Co-Publisher of DC stated that:

They are about to reintroduce a previously existing DC character who was previously straight and now will be “one of our most prominent gay characters.”

Taking a queue from the President Obama, they are stating that the publisher’s policy on gay characters “has evolved.”

With all that said, I’m not sure what there was to evolve, it seems like they are just acting normal.

Still, a headline like this has left media all over the world speculating on which character it will be. We know it isn’t Batman. They would never take the take the guy who adopts little boys and make him gay. They don’t have the stones to do it. Also, they have too much money tied into his merch sales for kids and they are afraid of losing that. Same goes for Superman.

Our guesses are as follows:

1. Wonder Woman – She does come from an island of man hating amazons…
2. Any of the Robins.
3. Aquaman.
4. Any b-level character that fans have attachment to, but the editors feel like they can change without screwing up continuity… oh wait, screwing up continuity has never really be an issue for DC. 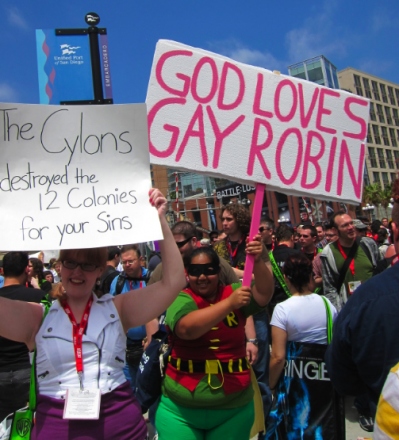 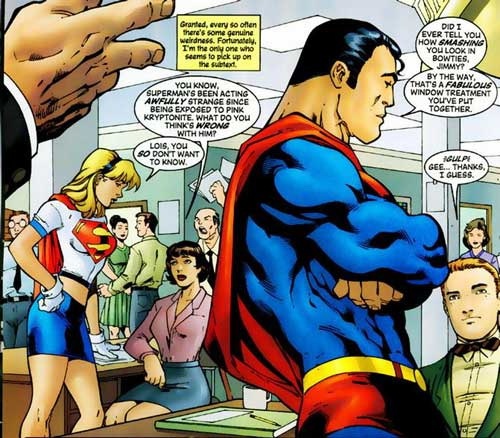