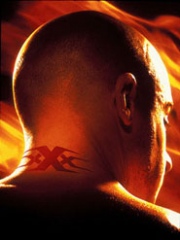 This isn’t the only return to familiar brands for Vin Diesel. After bowing out of the first two “Fast and the Furious” sequels (not counting his dinky little cameo in the last one), he’s re-teamed with original co-star Paul Walker for a fourth film. “Fast and Furious” has been slotted for a June 12 release by Universal Pictures.

Whether you love him or hate him, expect to see a lot of Vin Diesel in the upcoming year.